As we promised, Gus on the Go has made his first stop to East Asia and he’s landed in South Korea! The Korean language holds a special place in our hearts as Alice (of Team Gus) spent several months in South Korea several years ago.  We knew we had to make a special Korean version of Gus on the Go so we are very very excited to announce that it is now available on iTunes.  Download Gus on the Go: Korean now! 🙂 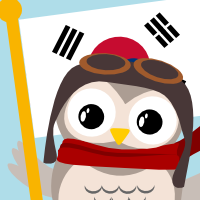