Gus on the Go: Eastern Armenian for kids 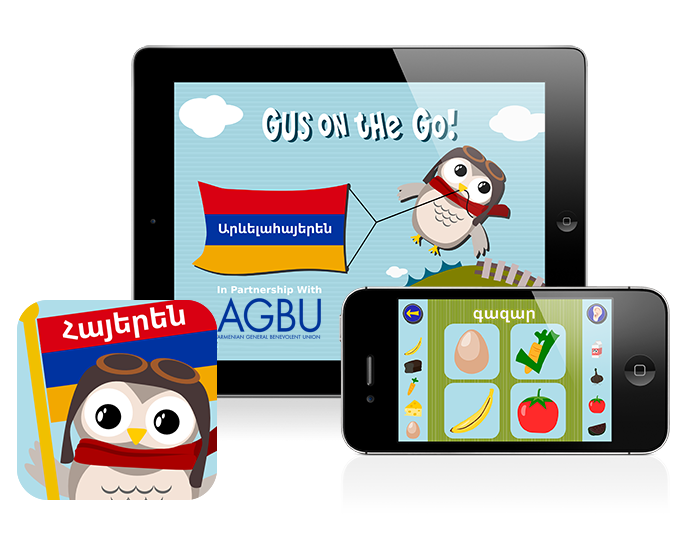 Ողջույն! Gus continues his adventures around the world with a trip to Armenia—making stops in Gyumri, Sardarabad, Yerevan, and Tatev! Travel with Gus as he learns Armenian vocabulary with our native speakers.

There are two standardized forms of modern Armenian—Eastern and Western—spoken by over 8 million people around the world. Eastern Armenian is the official language of the Republic of Armenia, as well as the Nagorno-Karabakh Republic, and uses reformed Armenian orthography which was introduced in Soviet Armenia during the 1920s.

Did you know that Armenians have had their own unique alphabet for over 1,600 years? This Indo-European language was developed in 405 AD by St. Mesrop Mashtots and contains 38 letters (and 39 characters).

Follow Gus and learn how to properly pronounce words in Eastern Armenian in the following categories: 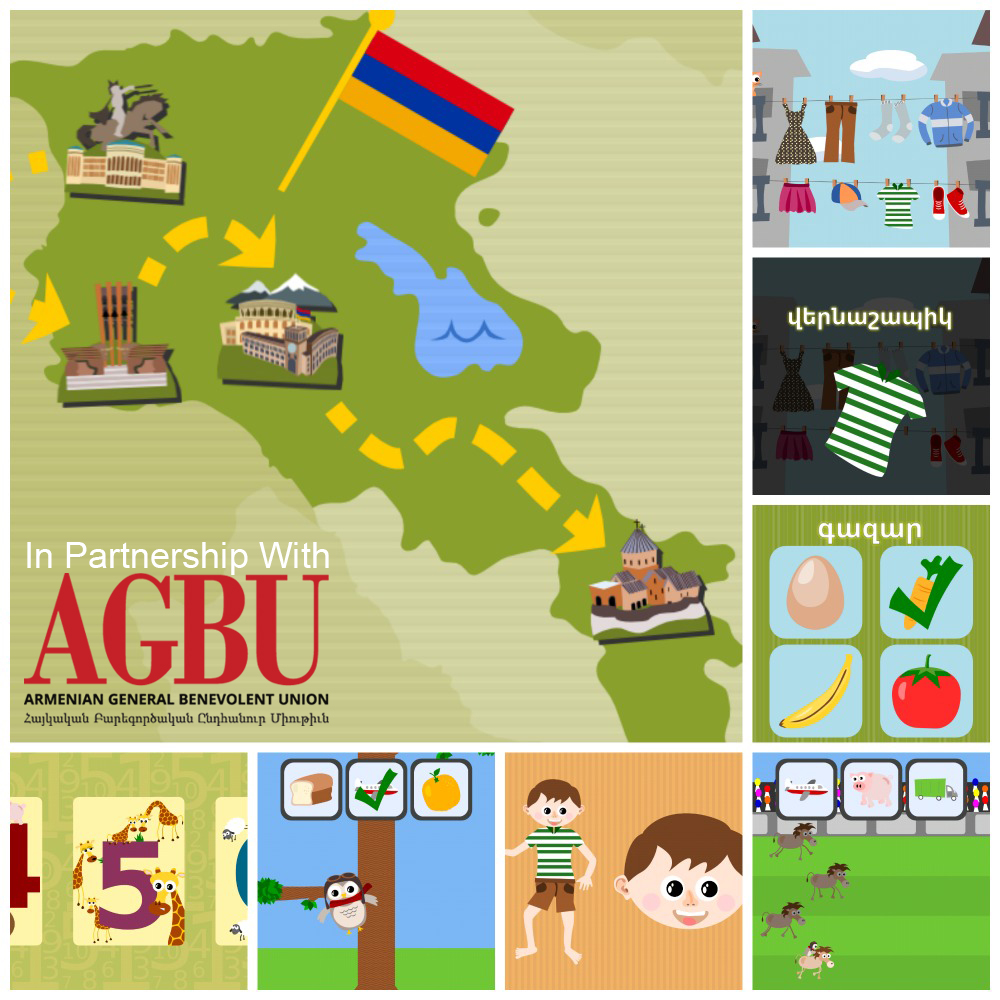 Love this app! Such a fun way to learn Armenian, the illustrations are lovely and the games are fun even for adults.