How did you two meet?

Hyo: Well, after teaching in Korea for a year, Dom went back home for awhile and then decided to return. He ended up in Incheon and where I lived and while he was working at his new job, he decided to put more effort into learning Korean. Someone recommended a language exchange to help him so he signed up for one. I saw him on there and messaged him. We met and studied and then started dating a short while after. 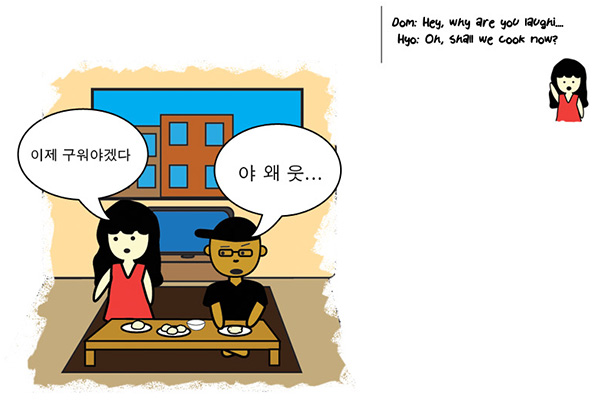 What prompted you two to create these infographics?

Dom: Initially we weren’t doing any infographics at all. We were just doing comics and webtoons about our daily relationship life. A few months after creating the site, Hyo gave me the idea to create some infographics about Korean language and culture because she thought a lot of people would be interested in them.

Which infographic is your favorite and which has helped you the most?

We would say the Emoticons graphic is our favorite because it’s very easy to understand and many people can digest the info easily. It was also the first graphic that went viral and put us on the map so to speak. 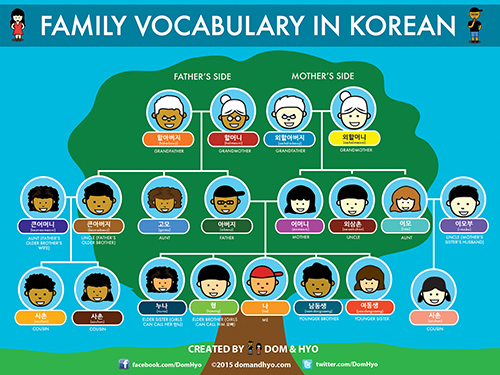 What has been the biggest struggle in learning Korean/English?

Dom: For me with learning Korean, it’s just been time. The desire is there, but I’m working full time and also working on the site so I really have to push myself to improve. In terms of the language, speaking is the biggest hurdle.

Hyo: For me with English, it’s probably the same thing. I’m also working full time and helping Dom with the website. I studied a lot before meeting Dom so my English is not terrible, but I could definitely use more practice speaking with native speakers. 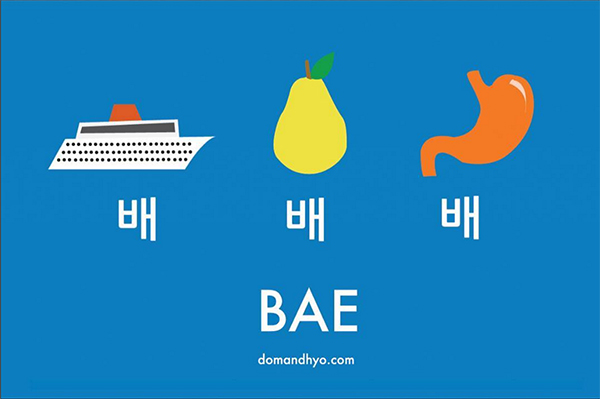 What is the funniest/strangest phrase you learned in Korean

Dom: The funniest phrase I’ve learned would probably have to be “너 죽을래?”, which means “Do you wanna die?” But usually it’s used towards your friends in a joking manner when they say something silly or stupid to you.

What is the funniest/strangest phrase you learned in English?

Hyo: I would have to say “cool beans”. Dom would use this often with me and it would confuse me at first because I would think literally “Why is he talking about beans cooling down?”. He explained it of course, but we still joke about it.

What would be your best tip in learning a new language (besides dating a native speaker!)?

Probably to just spend a lot of time hanging around speakers of that language. Sure studying and taking classes always helps, but you need to actually apply what you’ve learned and not be afraid of making mistakes. 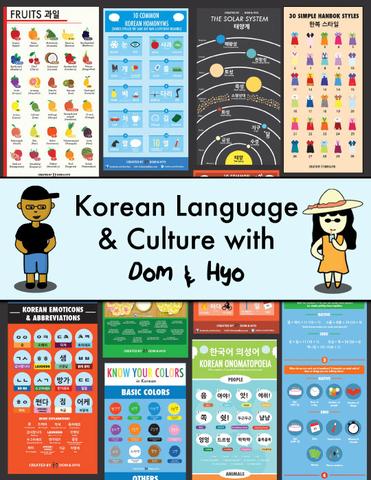 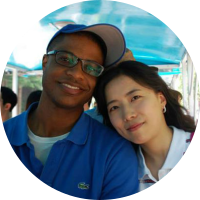 Dom & Hyo are a couple based in South Korea and they have been doing fun infographics and comics about Korea and their relationship since 2013. They really enjoy helping people learn more about Korea and its language through the use of helpful graphics. Follow them on Facebook, Twitter, Instagram, and Youtube.