We asked fellow app developer, Kristin Harris, to share her experience with developing an app for a bilingual audience. 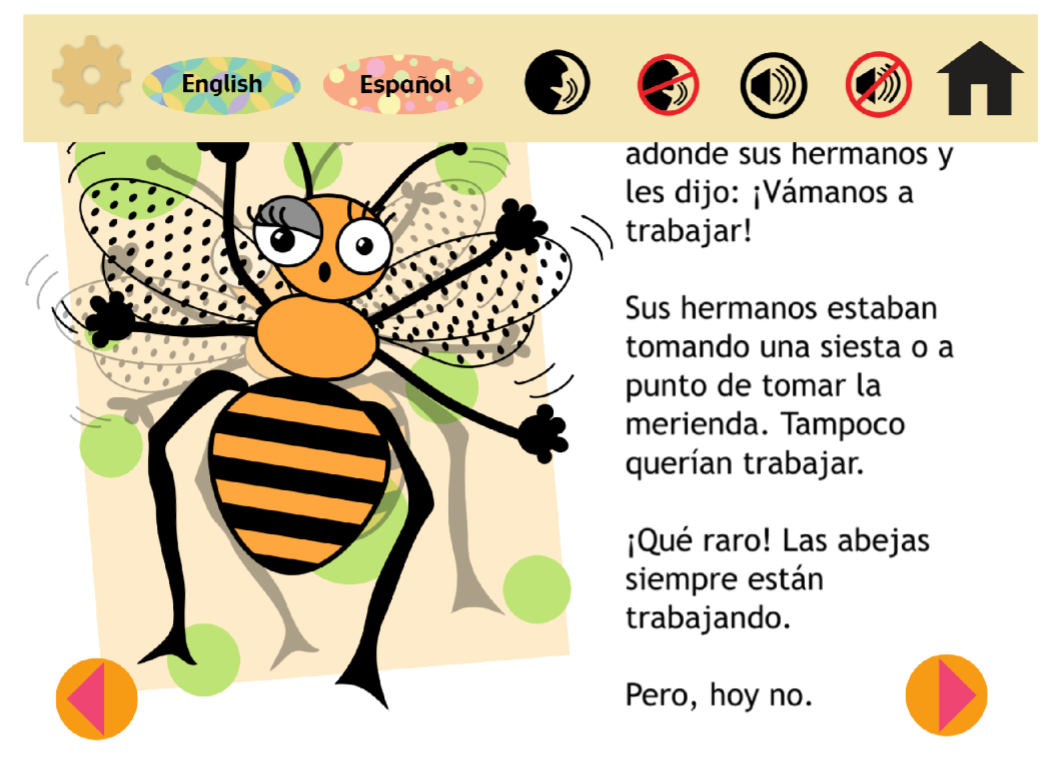 When I finished high school, I had completed a total of over ten years of language study in three languages. I started studying French in 7th grade and was able to continue that every year until I graduated. I started Spanish in 10th grade and had three years of Spanish as well. You guessed it. I loved studying languages. I remember at a college interview indicating my interest was to become a translator. I enjoyed not only the challenge of learning a new language, I adored the new cultures I was sampling in the process. I was able to travel to France, Mexico and Spain as a teenager. I was learning living languages I could practice. 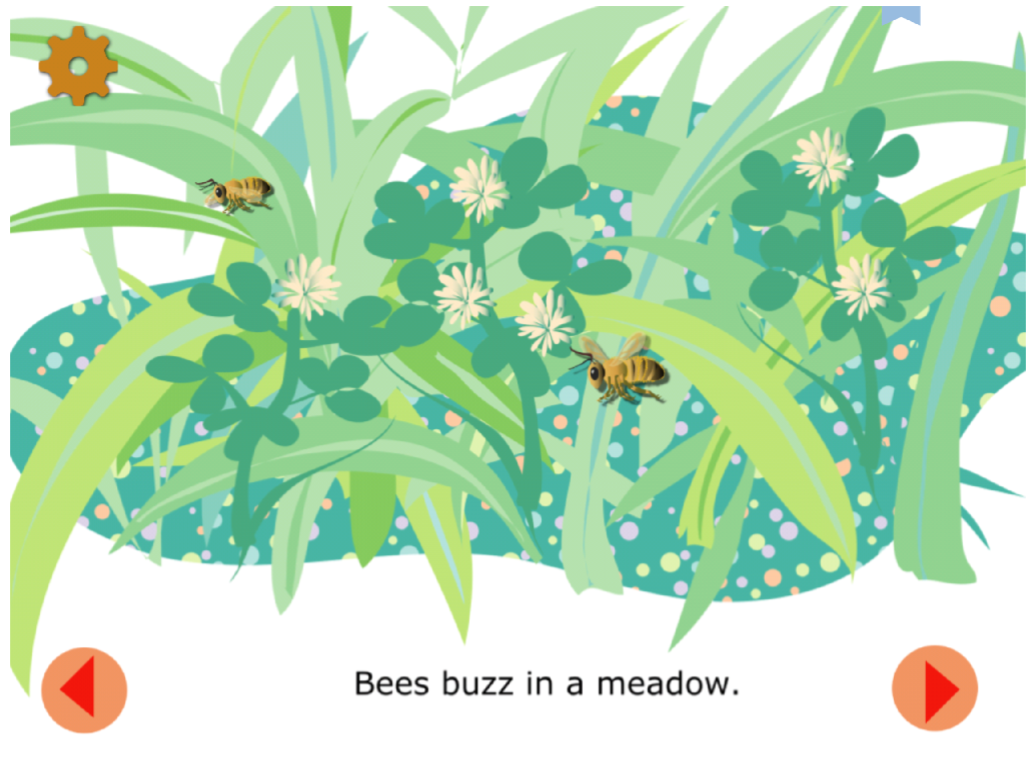 My First Bilingual Production for Kids

As fate would have it, I ended up with a degree in Fine Arts and have had a career as a designer and animator ever since. However, a number of years ago I produced a bilingual DVD for preschool children. This was the opportunity I had been waiting for to combine my love of language learning, art and animation. Bees Buzz & Lions Roar/Las abejas zumban y los leones rugen got awards and rave reviews from parents and kids. I recently released a portion of that DVD as an iOS app with the same name. 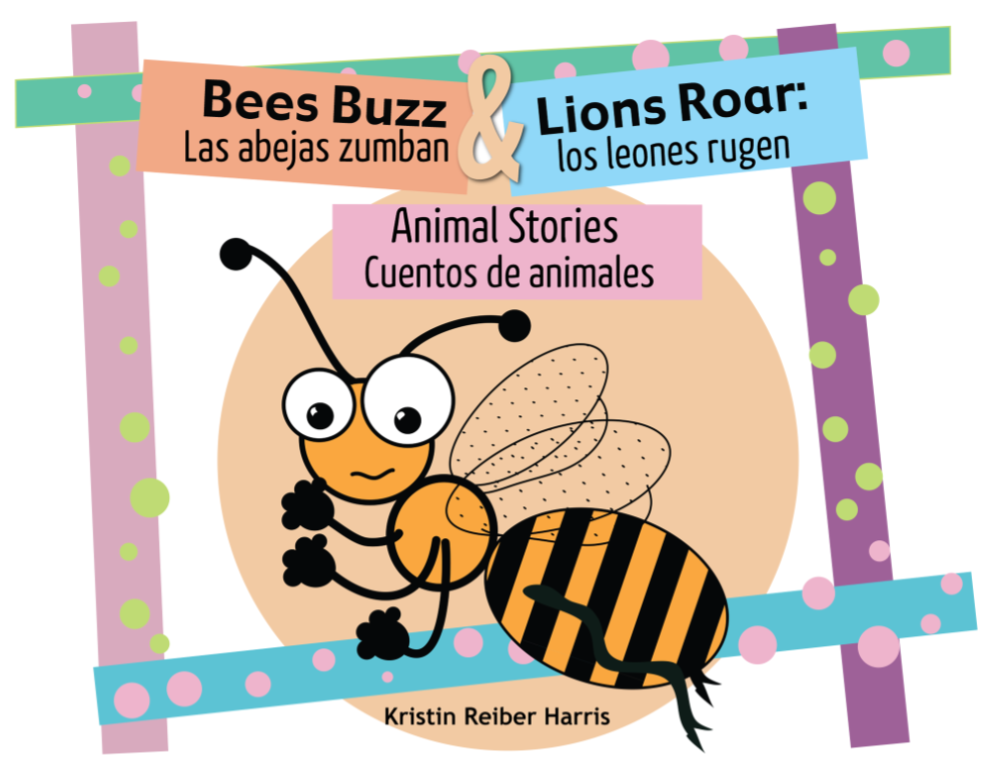 Here are some guidelines I followed in the production of both the DVD and the app.

It was very important to me that native speakers translate my English script into Spanish. The translator I hired even got assistance from one of her associates who had spent less years speaking English. As you can imagine a script for a preschool project is not complicated, so I really appreciated this attention to detail.

This may be true with a variety of languages, but for Spanish, which is spoken by millions of people all over the world, the narrator’s accent was important to me. Living in North America, I wanted a narrator who was from the Western Hemisphere. I selected voice talent from Chile.

You may know as a general rule it takes more letters/words to say something in Spanish than in English. For a designer, this matters. There were times when I had to reduce text size to make things fit for both the app and DVD. Not a huge deal, but something to consider. 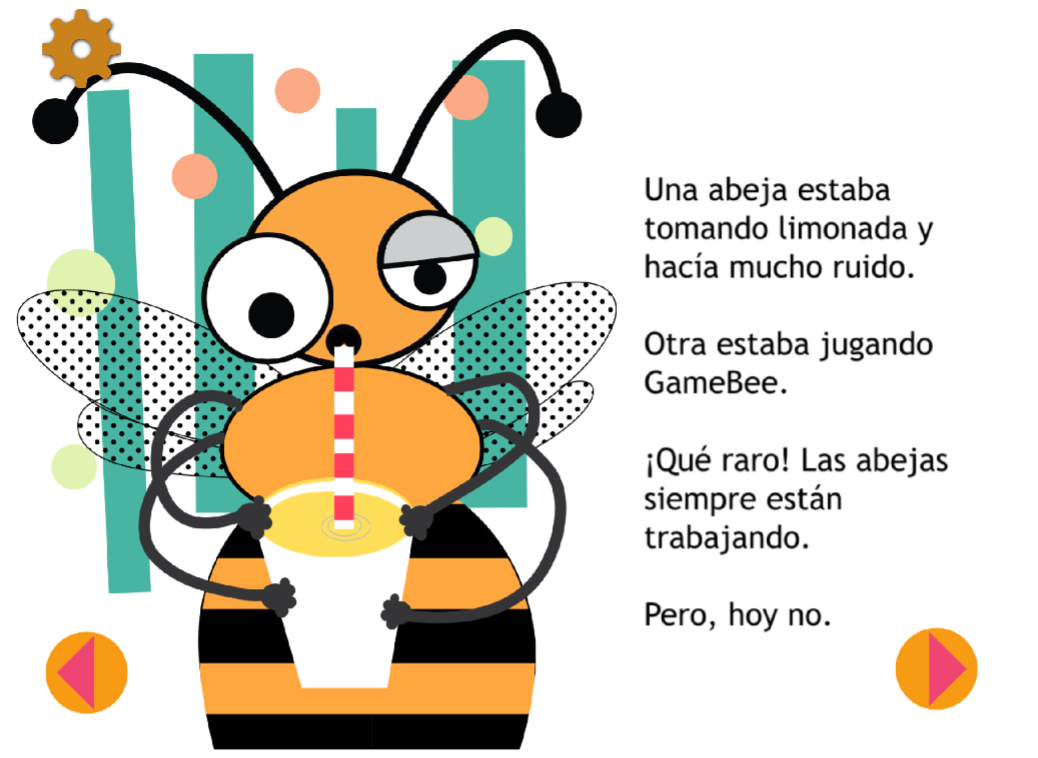 It was very important to me that navigating between languages was intuitive and easy. This is the opening menu with the four story and language choices to the upper left. 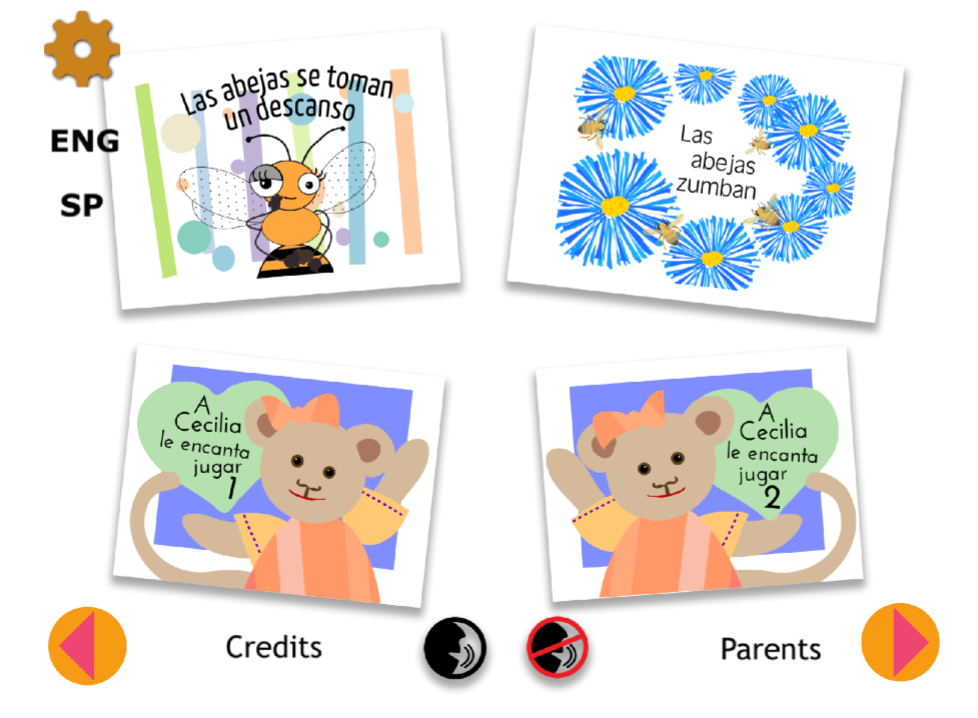 This is how to navigate between languages inside the stories from the gear icon on the top left. 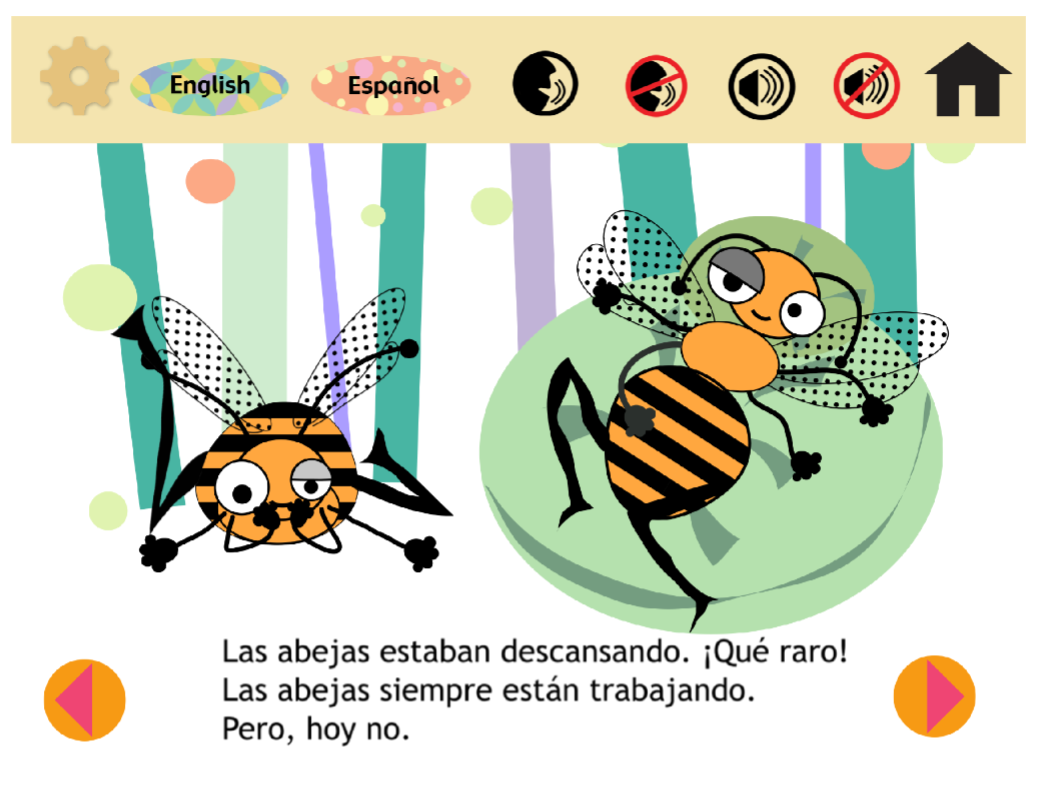 Kids love Little Bee. She and all of the illustrations used in this app were created in Adobe Illustrator. I work with a variety of tools, but Illustrator’s vector based drawing tools were a good match for me in this project. 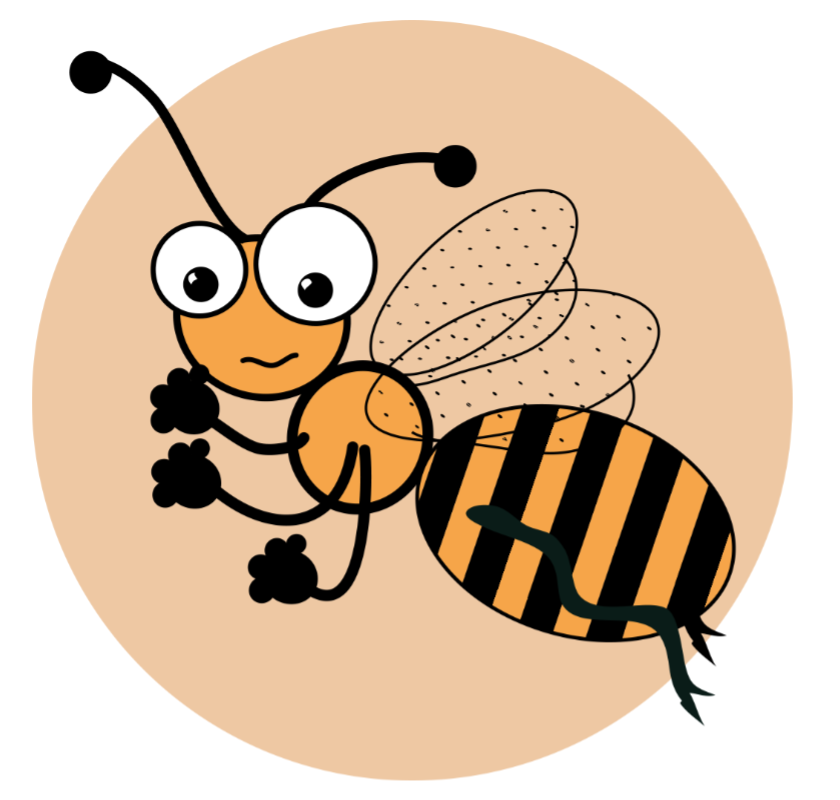 I work with Demibooks Composer Studio to develop my apps. I love this app because it lets me do 90% of the work myself. I am not a programmer but understand the basics of programming, which is all you really need to know with this app. Composer Studio has sets, so I would load each page with different text and audio per language. It was relatively seamless.

I would like to continue to offer my apps in both English and Spanish.

Bees Buzz the DVD is available on our website.

Kristin writes about kids, art and technology at iArt4Kidz.blogspot.com